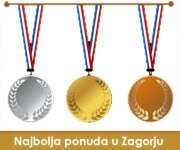 Croatian Zagorje: 10 Things to Check Out

These are just some of the reasons to visit this green Zagorje fairytale!

1. EXPLORE THE FORESTS OF IVANŠČICA AND MEDVEDNICA The best way to enjoy Zagorje is to simply “get lost” and discover hidden gems and picturesque villages around the tallest mountain in Zagorje, Ivanščica, or northern parts of Medvednica. Whether during the autumn while surrounded by chestnuts and mushrooms, or spring while admiring the flowers, just stop and feel the nature.

2. VISIT BEAUTIFUL CASTLES Explore the legends and secrets of numerous fairytale castles such as the romantic Trakošćan. This castle (Trakošćan) is settled on a hill above the lake and surrounded by a large forest – it looks like a perfect imagination. Visit Baroque castle Bežanec and Miljana, Mihanović, Sveti Križ Začretje, Stubički Golubovec and definitely the Medieval castle Veliki Tabor known for the love story between a nobleman and a peasant girl.

3. VISIT THE MUSEUM OF KRAPINA NEANDERTHALS Explore the evolution of human race and visit the Neanderthals near the town of Krapina in Hušnjakovo, one of the biggest discovery places of their bones. This museum (MKN) is one of the most modern museums of the world. It is a home to numerous dolls which realistically represent Neanderthals in their natural size thanks to the crew from “The Lord of the Rings”.

4. SEE THE PEASANT’S REVOLT MUSEUM During the 16th century, peasants had wanted their rights back so they formed an army and started a rebellion against the landlords. It all started around Gornja Stubica and spread around Croatia and Slovenia, but the army and its leader Matija Gubec were eventually defeated. The museum of these famous events and the enormous monument to Gubec, the peasant king, are settled on a hill in Gornja Stubica, ironically, in Oršić castle.

5. EXPERIENCE THE PEASANT’S REVOLT Every February a two-day battle takes place in Donja Stubica. This event reconstructs the last days of formerly mentioned Peasant’s revolt. Men and women wear traditional clothes and use real swards, spears and cannons for the battle, so it really is the adrenaline booster.

6. SEE THE BEAUTIFUL CHURCHES After all the excitement, one should slow down and visit some of the gorgeous churches and have some quiet time. The pilgrimage to Marija Bistrica is one of the best ways to do so. This is one of the biggest Marian sanctuary which gathers travellers all over the world for decades.

7. EAT DELICIOUS FOOD Take a tour around the restaurants or small farms and households and try some of the best traditional dishes. The gastronomy of Zagorje is known for its aroma, scents and rich taste. Try the turkey with mlinci ( which is a dish similar to bread crust), cheese or pumpkin pie, such as Zlijevka or Štrukli – cheese filled pastry, delicious and rich soups with bacon and meat dishes.

8. VISIT WINE CELLARS AND HARVEST WINE GRAPES Many roads pass by the vineyards and lead to wine cellars with the best wines Zagorje can offer. Enjoy the tasting of traditionally made wines surrounded by peaceful hills and be sure to come during the autumn for a traditional harvest of the wine grapes.

9. TAKE A TOUR AROUND THE AUTHENTIC VILLAGE OF KUMROVEC A walk through the village, one look inside the old houses and the demonstration of traditional crafts will take you back to the life of the ancestors. Kumrovec is the home to the only Old Village Museum in Croatia. A great chance to see what life was once like. It is also the birthplace of Josip Broz Tito.

10. RELAX IN THERMAL WATERS Whether in Tuhelj, Jezerčica, Stubičke Toplice or Bluesun Hotel Kaj in Marija Bistrica, you will find a modern spa and wellness getaway from stress! During all seasons, calming water and beautiful view over the green fields and hills bring the relaxing effect, sometimes called even a youth fountain.

Incredible tours agency takes you through the magical landscapes of Zagorje to the peaks of Zagorje hills that hide a real little paradise for wine lovers, people who want peace and beautiful nature, sometimes deep underground !!

Send an inquiry and we will organize everything for you! 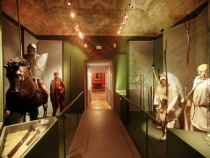 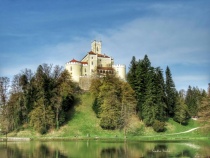 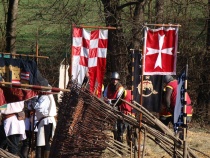 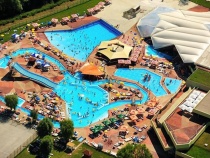 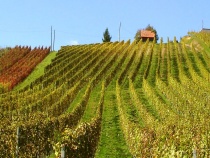 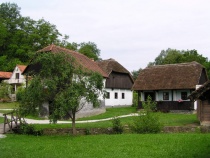 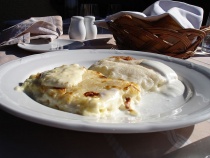